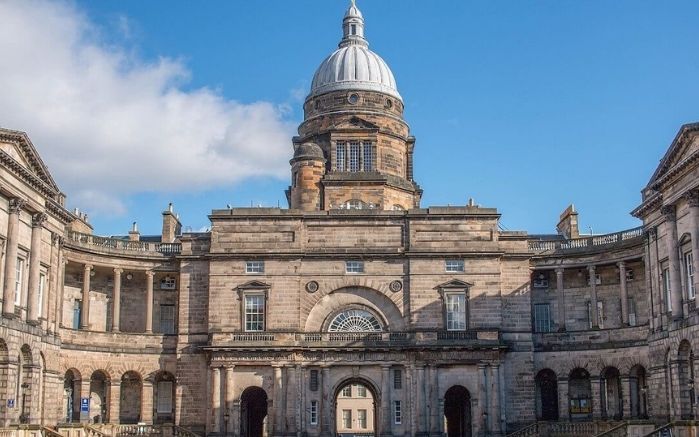 The United Kingdom consists of four nations – England, Wales, Scotland and Northern Ireland. It is an island nation in northwestern Europe. Home to the world-famous capital of London, this country also boasts a rich history. From the Neolithic Stonehenge to the Roman spas of Bath, the country is a cultural, financial and educational hub. Its ancient universities date back centuries.
While

have various entry requirements and quality standards, most have the same mission. Unlike college, universities in the Russell Group focus more on their overall education system, rather than individual courses. Some are newer and more flexible than others, and have more flexible programs. The Cathedrals Group and GuildHE groups both share the values of faith-based institutions and specialize in different fields. For students interested in pursuing a career in the arts, the University of Leeds is a good choice.
Most UK universities offer research in most major subjects. In recent years, the government has increased its investment in these areas. It is also worth noting that the British university system has a long tradition of nurturing important developments in the fields of finance, science, art, IT & medicine. With its heritage dating back to the eleventh century, the UK has been at the forefront of the field of higher education. UK university’s academic system is relatively intensive.

How Are Universities in UK Classified?

Informally, universities in UK are categorised by age and nickname. For international students, these names mean little. Nevertheless, these classifications do help you decide which university to apply to, especially for graduate programs. The best way to choose a university in the UK is to consider the type of course you’d like to study and where you’d like to live.
The United Kingdom is home to some of the best higher education institutions in the world. The UK is home to a number of prestigious universities, such as Cambridge and Oxford. The British educational system is divided into a number of distinct colleges. While the majority of these are ancient, 19th-century universities, there are also some civic institutions. Although they are governed by a single university, they are largely autonomous. Most colleges are governed by a central system, so students live and study in the same college for the duration of their studies.
Some

have the word “college” in their official name. This may be confusing for international students, but this is because of the history of the university. Imperial College London was affiliated with the

long ago and is now an independent university. The main difference between a college and a university is the degree awarded, duration, and study curriculum. Generally, a college offers undergraduate degrees on behalf of a recognized university and runs the teaching process.
When studying in the United Kingdom, it’s always worthwhile. So, don’t be put off by the cost. Regardless of the cost, it’s important to know which university is the right fit for you. You can choose from many different types of degrees.
UK has no formal accreditation system, so UK universities are self-regulated. However, they must meet the same standards as other higher education institutions. In addition to that, UK institutions must maintain a high quality of education to ensure that they remain relevant and attractive to the world’s population. For students looking for an education abroad, UK is a good option. There are many benefits for international students in the UK, but the main advantage is that the study in the UK is shorter.

There are mainly 3 types of Universities in UK

The Russell Group is a collection of the best British universities. This group of universities is considered the best for the quality of its teaching and student success. It is important to choose a university that is part of the Russell Group. Its student completion rate is the highest in the country, and it is a sign of an excellent university. It also has a number of international exchange programs.

Russell Group’s 24 members are world-class & research-intensive universities. They are unique institutions, each with its own history and ethos. They maintain the very best research, an outstanding teaching and learning experience, and unrivaled links with local and national businesses and the public sector.

Two-thirds of the UK’s research material is produced by Russell Group Universities and they support more than 3,00,000 jobs across the UK.When it comes to getting a job, factors such as your grades, experience, and interview will be the real clinchers. But a top-class honours degree from a Russell Group university can give job applications a certain sparkle – and may open up some extra doors into competitive career sectors.

There are currently 24 universities belonging to the Russell Group

Recently there has been a trend for establishing new universities in UK. The UK government has dropped the minimum student numbers for an institution to qualify for university status from 4,000 students to 1,000 students. These new universities tend to have a smaller postgraduate student cohort and are therefore offering a more personal postgraduate experience – providing excellent postgraduate options leading to fantastic opportunities for your career.

Here is the list of the top 10 Universities in UK

offer a wide variety of courses. Students can study any of the university’s undergraduate programs, which can help them prepare for careers in law, medicine, computing, finance, marketing, international business, digital marketing, fintech etc.
The Queen Mary

) is ranked 126th in the world, and is one of the largest universities in the city. The university offers a variety of subjects, including history, politics, and economics. In addition to teaching a wide range of subjects, QMUL has joint programs in China and Greece. Its main campus is in Mile End, a trendy part of East London. The university is also close to trendy neighbourhoods, including Brick Lane, Whitechapel, and hipster Shoreditch.

There are many universities in London that offer different kinds of degrees and certificates. You can choose from a variety of subjects, from business to science. You can also find an accredited doctoral program at any of theLondon universities. The courses are taught by highly qualified professors and professionals, making them the ideal choice for a career in law or business. If you are interested in an academic career, a degree from an English-speaking university will be an excellent choice.
Aside from attracting international students, London’s parks are also home to a variety of cultural attractions. Some of the most popular parks are located in the heart of the city.

has several colleges and campuses that offer a variety of courses. Its best known faculties include the Cass Business School, the School of Health Sciences, and the City Law School. The diversity of students at City,

is high and the university regularly appears in rankings of universities around the world in terms of international student diversity. The number of foreign students at this university is 25 percent higher than that of other universities in the city. It is also one of the best

. For more information on eligibility and tuition fees for

, you can get in touch with us.

In UK, the average annual fee for a course-based program ranges from £10,000 to £28,000 per annum (for PG and UG).
The cost of tuition in UK universities is a major concern for many international students. The costs of a university education can be prohibitive for most people, but the benefits of studying in the UK are well worth the expense. A postgraduate course can be anywhere from one to two years whereas undergraduate course can be for 3 or 4 years.

Scholarships in Universities in UK

UK Universities offer Scholarships on the basis of merit. Scholarships are mostly given as per academic marks. Students should also have a strong Statement of Purpose & Letter of Recommendation that add value to their application. One should apply early as scholarships get over quickly.

Get Your Profile Evaluated

Facts about Studies in UK

UK Courses & UK Facts The following are the UK facts to study in the UK Large Areas of Specialization; More than 2000 courses to choose from. Courses with paid internships available. Masters can be completed in 1 year. Postgraduate programs require only 15 years...

Law studies in UK may be one of the most thriving professions in today’s world but it is also extremely challenging. Duration: 3-year LLB course. (The University of Oxford offers a course in jurisprudence, which is an LLB equivalent.) Profession: Solicitors or...

Medical Studies in UK Advantages Admission is Easy Compared to India, Canada & the USA. You can practice in India or anywhere in the world. Process You have to apply through UCAS but only 4 options are available and in the fifth, you apply to a corresponding...

IELTS Required For Universities in UK

IELTS Requirement for UK Universities :   IELTS score of overall 6.0 no band less than 5.5 is mandatory for international students to study in the UK. IELTS waiver is available in most of the universities if the student has secured more than 65% marks in 12th...

Course Duration and Intakes in Universities in UK

Tuition Fees in Universities in UK

System Of Education In UK

System of Education in UK provides Bachelors, Masters and Research-Based Courses.   The UK also provides Foundation, International Year One Programme for Bachelors, and Pre Masters for Masters Program. This is usually undertaken when the admission criteria are not...

Why Study In UK

Eligibility Requirements for Universities in UK

Details of undergraduate studies in UK : Students wishing to apply for an undergraduate program should apply through the Universities and Colleges Admissions Service (UCAS). UCAS application allows the students to indicate a maximum of 5 institutions of their choice....

Postgraduate Education System in the UK Details of Masters in UK : Masters in UK applications can be made directly to the universities. There is no cut-off date to receive applications, but students are advised to apply in advance as some of the popular courses get...

Under Tier 4 Visa Details of Part time jobs in UK : Part-time jobs in the UK,  Student Can Work 20 hrs per week during study time and full time during holidays. (For both UG and PG level). Students can work without needing to obtain permission from the local job...

Application details of UK student visa are : You need to have a CAS statement from the University (CAS – Confirmation of Acceptance for Studies). Sufficient funds to cover the entire cost of studying and living in Britain. UK student visa file should show funds that...

Specialized programs are in demand in the UK such as Finance, Business Analytics, Digital Marketing, Health, Bio-Informatics, Data Science, etc. University graduates are getting excellent job opportunities in UK and around the world. UK is home to many MNCs such as...

Untold Points About Studies In UK

The important points of studies in UK are : IELTS is not mandatory at the time of application. For Studies in UK visas there is a face-to-face interview of every student. Open school and distance education is allowed for UK admission. Gaps in studies are OK if...